Windows 3.0 Test Drive: a demo, bundled with a magazine

Windows 3.0 was a major improvement over its predecessor and Microsoft wanted everyone to see and use it. In fact, they wanted this so much, they gave away copies for free! Well, sort of...

I'm talking about the special PC World Test Drive release of Windows 3.0, made in mid-1990 after the retail release. It was included with the PC World magazine issues from mid-1990 and came in EGA and VGA-capable variants, and each of these was available on 3.5" 1.44MB or 5.25" 1.2MB floppy disks. Essentially, this was a stripped down and crippled version of Windows 3.0, designed to showcase the new user interface, arguably the biggest improvement since Windows 2.x. Both EGA and VGA versions are available online today, though only in 5.25" 1.2MB form. 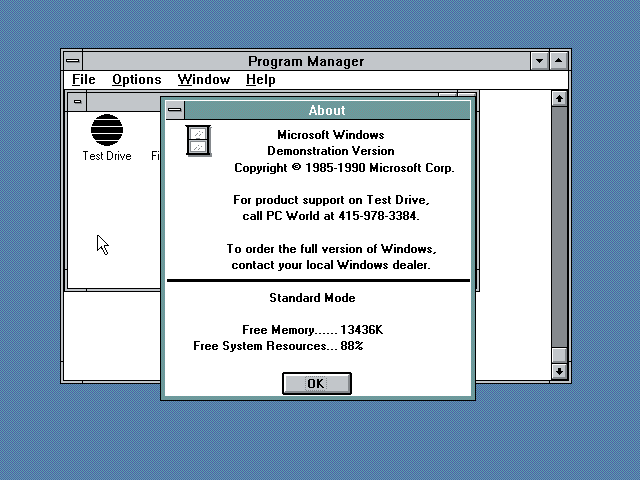 The About dialog in Program Manager

Of course Microsoft couldn't just give away the full copy for free, that would be crazy! So aside from stripping it of almost every included application except for Control Panel (which was itself missing about half of the normally available options), File Manager, Help and Solitaire, they introduced an artificial limit which only allows applications with "DEMOAPP" at the start of their module name to run. This way, they prevented people from using the system as a full version by running all the available Windows applications on it as usual. Naturally, once you know of this limitation, you can simply add this string to any regular executable and it'll work just fine on this demo version. Or better yet, you could just patch out the check for this string in Windows itself. 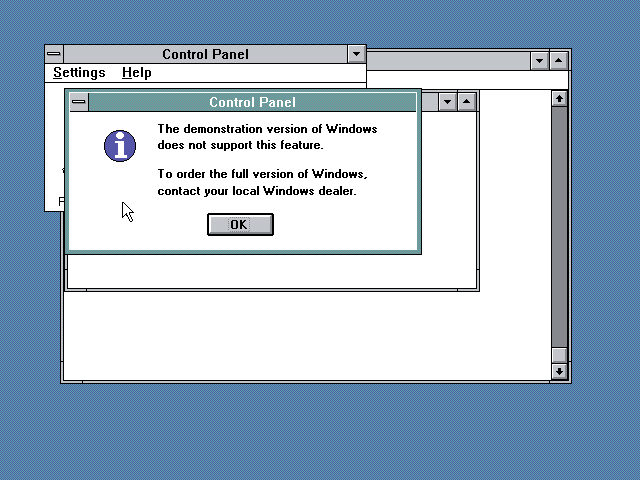 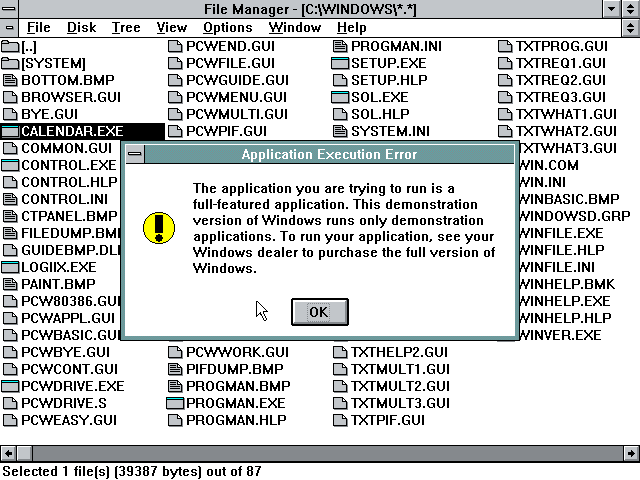 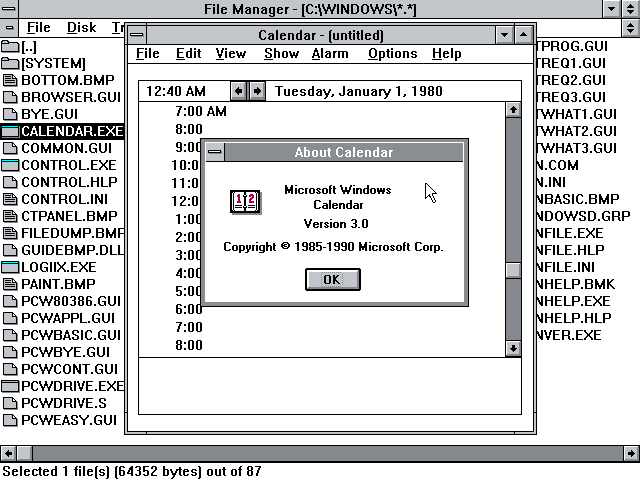 Already at the start of setup, you are informed that this is in fact just a demo, and that you should contact PC World for support should you need it. The demo can only run in real and standard (286 protected) modes. The default shell colors are set to "Arizona" for some reason, perhaps to showcase the new theming capabilities. Also included is a "Test Drive" application by PC World, made with OWL International's Guide hypermedia presentation system. This works as an interactive tutorial and guide, showcasing the new features of Windows 3.0 and teaching the user how to use them. 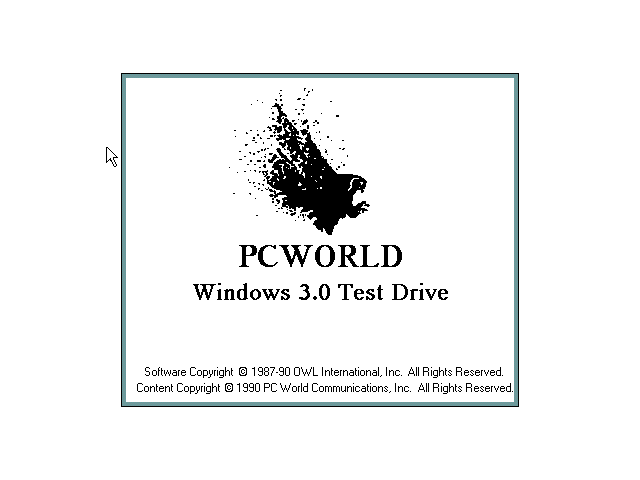 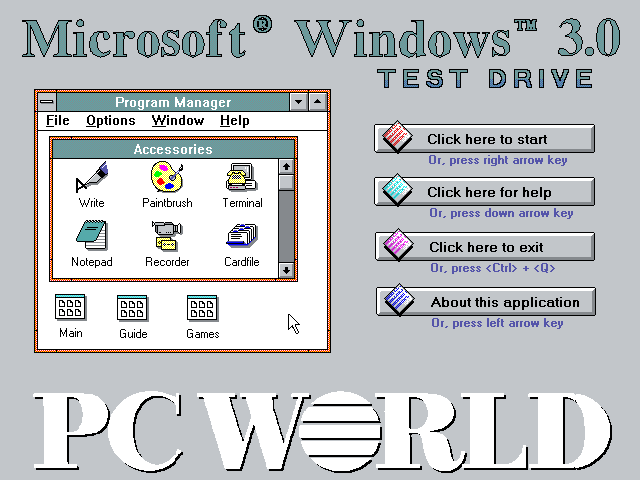 This same demo version (without the PC World stuff, though) was also used as a runtime for some Microsoft application demos from the early 90s (also called "Working Model"). Known specimens include PowerPoint 2.00B and Project 1.0 for Windows, but others could've existed as well. If the setup program for these application demos detects a copy of Windows is already installed, it will only install the application demo, otherwise it'll first install the Windows 3.0 demo as well. It doesn't include File Manager, Control Panel or Solitaire, but supports EGA and VGA displays in the same release. The color scheme is the windows default in this case, and the Windows launcher WIN.COM has been renamed to WINDEMO.COM.