Windows briefly had a "Ship It!" button

There is no serious explanation for this change, and it was already reverted by the time the next leaked build, 311, was made in January 1995. But when you consider the name of the product, Windows 95, and the date when this build was compiled, I hope you can see the obvious joke. It was a funny discovery nonetheless when this build was saved from oblivion back in 2015. It appears to be an internal build and possibly one of the last builds made in 1994, so I guess the developers decided to crack jokes about Windows 95 still not being ready before the year 1995 came.

Maybe Raymond Chen knows the story behind this. 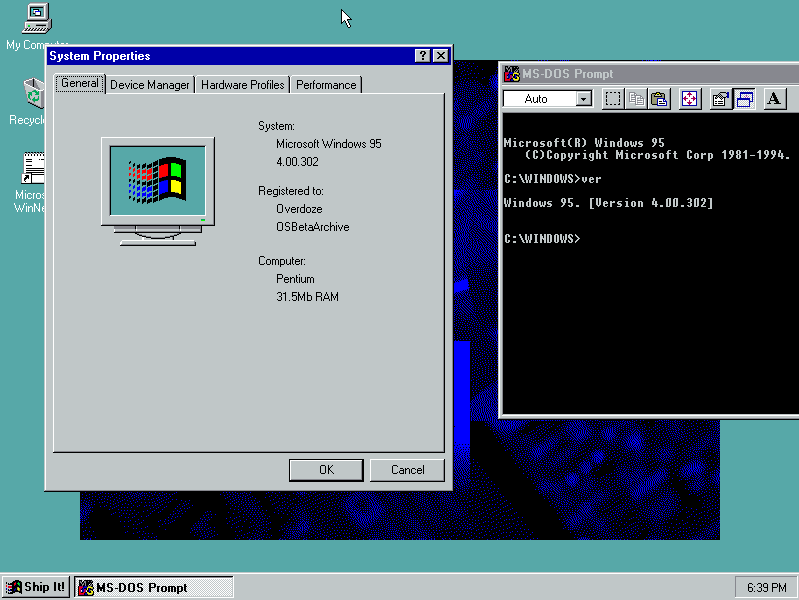 Hey, you got noticed by Raymond Chen!