Finally, we reach Comdex Fall 83, which took place between 28th November and 2nd December 1983 in Las Vegas. Microsoft was there, of course, showing off their freshly announced Windows, along with their OEM partners who already signed up to support the OS. One of them was Wang. Some brief footage of their demo is available online for us to take look at.

Dan Bricklin was there and recorded some of it. Several years ago he decided to share his tapes on YouTube in three parts. The Wang demo can briefly be seen in part 2 at about 23:45. I extracted some frames from the video, so we can have a better look (as good as video quality permits, anyway). 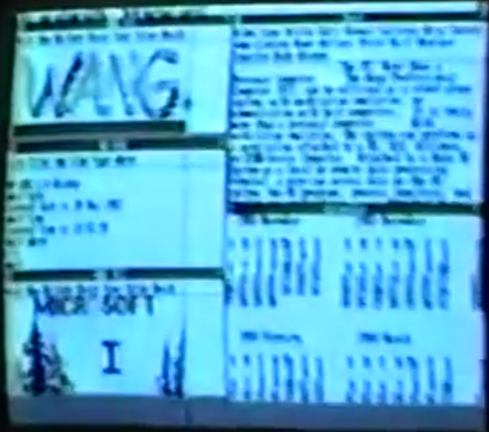 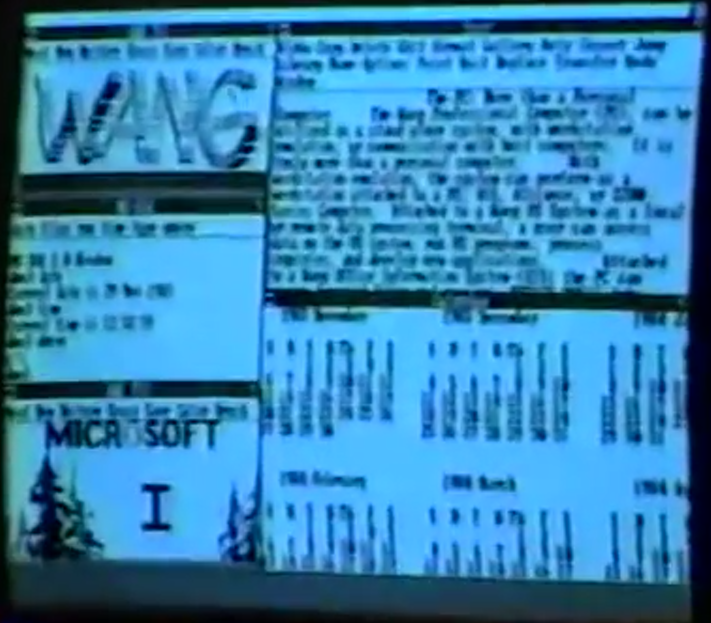 First off, we can see there's five active windows and no minimized ones, with the status bar at the top of the screen. In the top left is the Art application with a Wang logo. This is probably another one of those A0*.PIC files, but I can't read the exact filename in the titlebar. Below it is the MS-DOS window showing us the date of 29th November 1983 (the 2nd day of Comdex). In the bottom left is another instance of Art with the standard A01.PIC image loaded. Top right we have Text with the usual demo text and below it is the Calendar application. Notice it doesn't have any scrollbars and its text is touching both the left and top borders of the window area.

Just as the camera is zooming in, the Text window is being resized. Some sort of a tip appears in the status bar at the top. My guess is it's the same as in Microsoft's demo - "Set new window height.   Both buttons cancel.". I'll discuss this again in the next part. 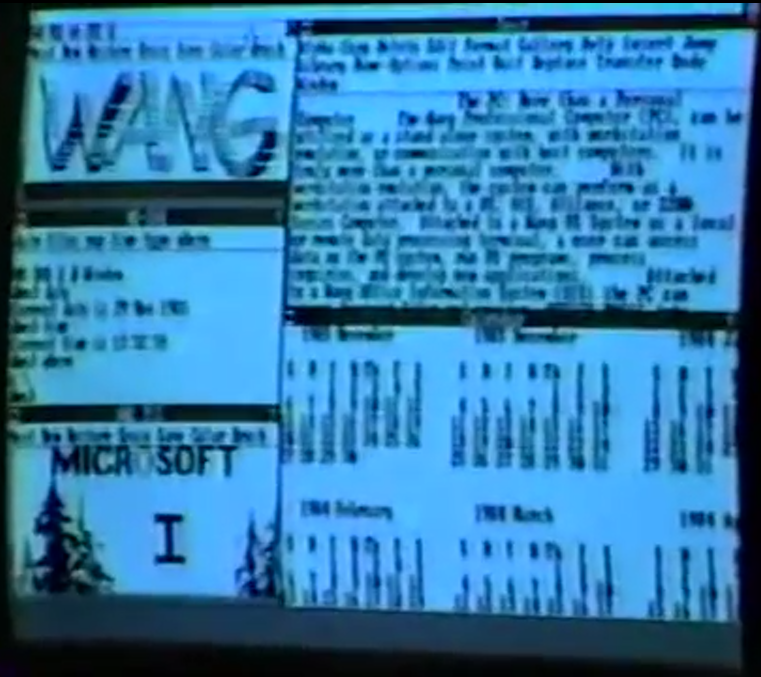 After resizing, the mouse hovers over the titlebar of the window with the Wang logo, revealing additional window controls. If you remember part 3, where I discussed the photos published in InfoWorld's 21st November 1983 issue, the third photo is clearly of an older build with these window controls in the middle of the title bar. In both Wang and Microsoft demos at Comdex (as well as in some other photos), they are consistently show on the left. I'm not sure what this means or how these controls behaved in previous builds. However, one could speculate they initially appeared wherever the mouse cursor hovered over the titlebar and this was later changed so they always appear on the far left. 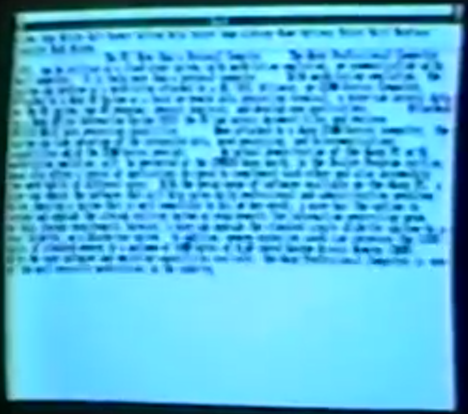 The last thing we get to see is the Text window being maximized, before the camera cuts off and continues with different footage.

Although there's not much to see, both because the clip is rather short and video quality is not very impressive (though appropriate for early 80s camcorders), this is still a good intro into the more lengthy Microsoft demo I'll analyse in the next part.