A couple of new photos of the announcement build were found.

The first one was published in November 1983 issues of the Electronics magazine (note: unfortunately, neither of the two issues mentioned here are actually available online, at least as far as I know). While it doesn't reveal any system dates or anything else that would give us a rough timeframe, it looks very much like the announcement and InfoWorld build(s). Other than the drop down menu touching the titlebar, there's nothing note-worthy in this photo.

The second photo was published in the same magazine a month later. This one is very much like the announcement photo in February 1984 issue of Personal Computing, showing the same system date and time. The only difference is that one of the minimized Art windows was restored to the top right and its brush menu was opened instead of the system menu in the Personal Computing photo. I should point out that the image opened in the Art application doesn't appear to be the same as the one from the first photo. This one lacks the roman numeral 1. 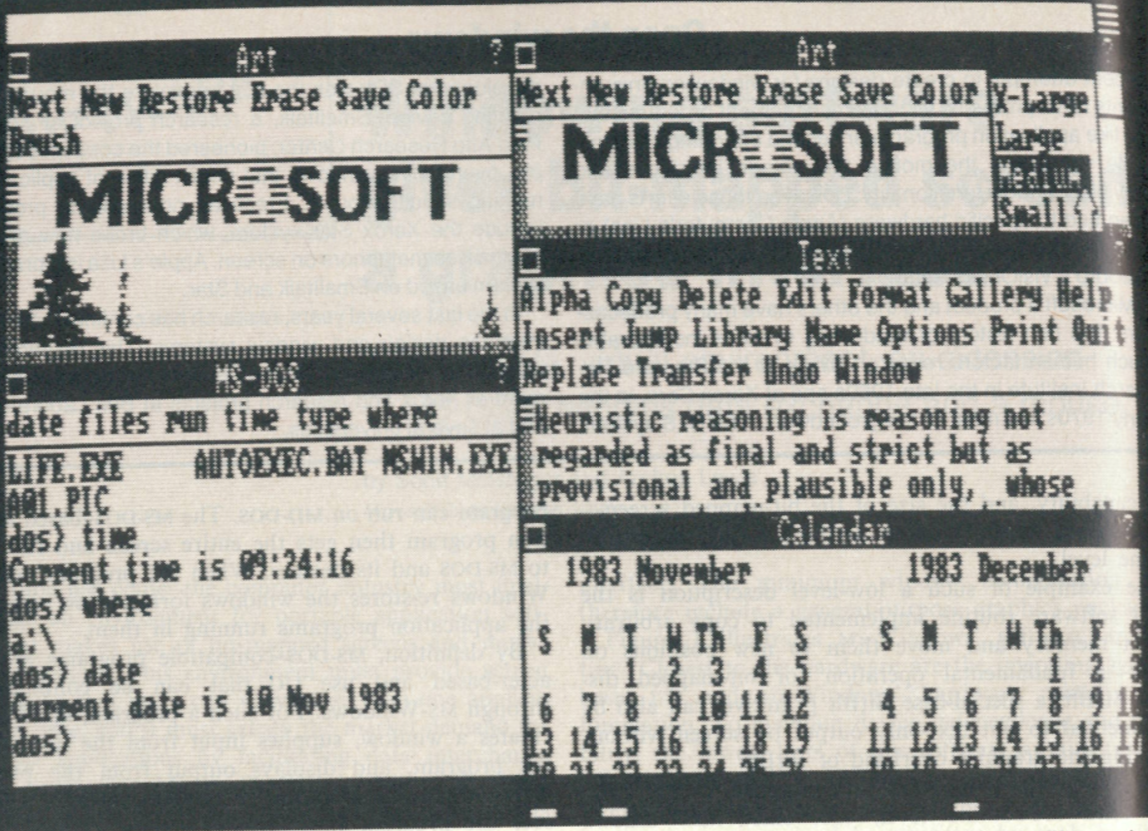 Thanks to JaGoTu for actually going to a library to take these photos. He also found two photos in January and May 1984 issues of the Data Processing magazine, but they're actually the same photos already found in other magazines. I have yet to discuss those anyway.