The recent (re)leak of Windows 95 build 90c sparked some new interest in these early builds, and a relatively obscure feature recieved its small share of attention: the ability to run Windows 3.1 in a window inside Chicago.

This is accomplished through a program named WIN31.EXE (located inside the SYSTEM folder in your Chicago installation folder), which allows you to switch back and forth between Chicago and Windows 3.1. To use it, you must first have Windows 3.1 and a Chicago build of your choice (one that includes WIN31.EXE of course) installed in separate folders. Then you change two lines in Windows 3.1's SYSTEM.INI configuration file and you're pretty much good to go. You run WIN31.PIF (also in the SYSTEM folder) on Chicago, and it'll start Windows 3.1 in a window. There you'll see a program named "Switch to Chicago" running in the desktop - clicking that will return you to Chicago, where a similar icon for switching to Windows 3.1 is available.

It's worth noting this feature hasn't changed since build 81 from January 1994 (see below for an update this) and was removed between builds 324 and 331 from late January/early February 1995. It's documented in Release notes from builds 116 and 122 (which you can get by clicking on this link here, see page 14 of the document), though as said, by then it seems it was no longer being actively worked on. Its purpose seems to have been an easy way to use 16-bit Windows applications that didn't work properly in Chicago yet. Of course, as the new system improved, the need for such a feature slowly faded away until it was eventually forgotten and removed.

So far I only tried running this under build 58s, the earliest leaked build of Windows 95. It works rather well, aside from the Control Panel, which the Release notes specifically instruct you not to use. And for good reason - it causes a GPF in the special mouse driver (DUALMOUS.DRV) needed for this whole thing to work. You also can't use the MS-DOS prompt, as you'll be greeted with a "Incorrect system version" error. Other than that, it pretty much looks and feels like a regular Windows 3.1 install running outside of Chicago. 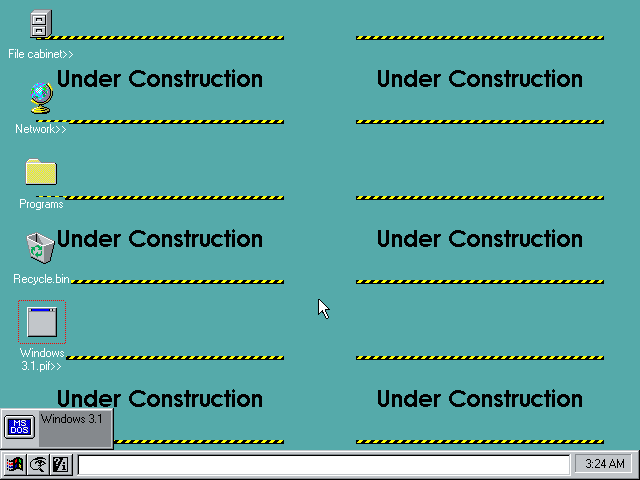 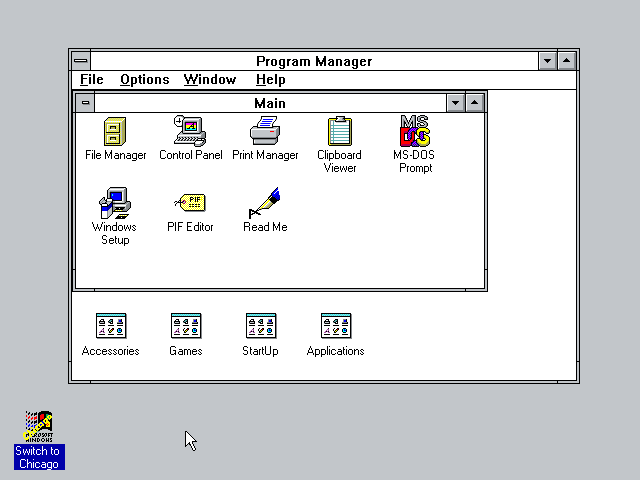 The view from Chicago and Windows 3.1

Thanks to Ryuzaki from RoL for pointing out the instructions on how to use this feature.

Update on 26th November 2020: Build 328 of Windows 95 from February 1995 leaked recently, and it still contains WIN31.EXE. This also revealed something I overlooked at the time this post was written: although the code itself hasn't changed since build 81 from January 1994, there was actually a branding update made between builds 286 and 302 from December 1994. The icon and strings were changed to say "Windows 95" instead of "Chicago". This seems like a pretty reasonable thing to do (aside from the fact that the rest of the OS was largely already rebranded since build 189 from September 1994), until you remember that this feature was removed less than two months later in February 1994.

FYI: Build 328 (Feb 3rd?) recently showed up in BetaArchive and still has Win31.exe